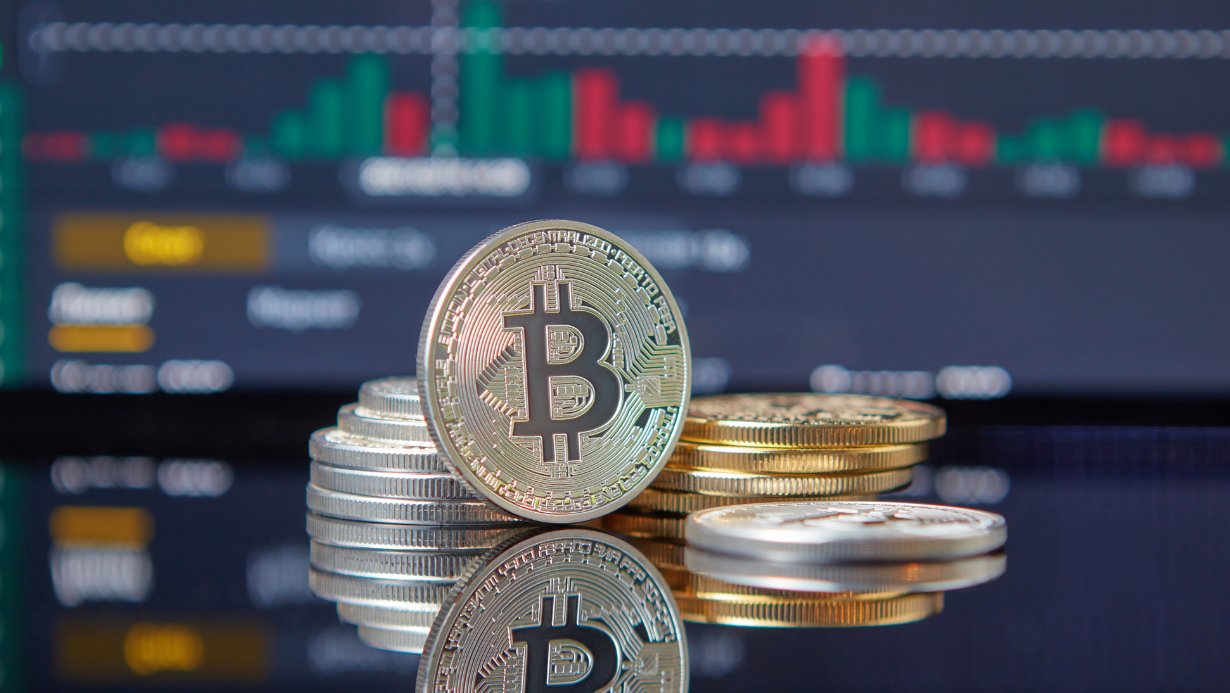 The concept of “hedging” against inflation has gained attention in recent years as an important tool for preserving wealth during volatile financial times. Bitcoin, being a decentralized digital currency, is often considered by investors as a potential hedge against inflation. But is Bitcoin really a good hedge?

To answer this question, it’s important to first consider the basic drivers of inflation. Inflation is caused by an increase in both the supply of money and demand for goods and services. When the total amount of money circulating in an economy rises faster than the level of production, prices for goods and services tend to rise together, driving up inflation.

At present, central banks and governments around the world are actively implementing policies of quantitative easing and direct stimulus to boost their economies. This has significantly increased the total money supply and has raised concerns among investors over the possible inflationary impact of these policies.

In contrast, Bitcoin serves as an effective hedge against inflation due to its fixed supply and deflationary nature. While other fiat currencies rely upon a constant increase in money supply, there will never be more than 21 million Bitcoin in circulation. This finite supply gives Bitcoin an advantage over fiat currencies, which can be printed endlessly, leading to a gradual devaluation of their purchasing power over time.

Another factor to consider is the demand for Bitcoin from investors as a form of digital gold. Investors have increasingly been drawn to Bitcoin as a safe haven asset during times of economic turmoil or market volatility. This is due to its decentralization, anonymity and “store of value” properties, which make it attractive during periods when other traditional assets may be declining in value. This increased demand often causes the price of Bitcoin to appreciate in value during periods of inflation, providing a layer of protection for holders of the asset.

Finally, it is important to consider the use of Bitcoin as a medium of exchange in the growing global digital economy. As more businesses, both online and offline, continue to adopt Bitcoin as a payment method, its utility will continue to increase. This increased utility further enhances the potential of Bitcoin as an effective hedge against inflation, as the increasing usage of Bitcoin as a unit of account can help to maintain its purchasing power over time.

In conclusion, Bitcoin has several properties that make it a strong candidate for hedging against inflation. Its finite supply and deflationary nature provide investors with an effective layer of protection from the devaluing effects of an expanding money supply, while its store of value and growing utility as a medium of exchange provide a further layer of protection from inflation over time. Finally, its growing acceptance as a means of payment in the larger digital economy further enhances its potential as an effective hedge against inflation.

Related Topics:Bitcoin
Up Next Bitcoin Price Prediction For 2023: What Crypto Market Holds In Store for BTC

Bitcoin (BTC) has had a tumultuous year of losses in 2022, culminating in a 65% decline in value. Still, as we move closer to the next scheduled halving event in May 2024, investors are beginning to look ahead to potential for a significant recovery in Bitcoin in 2023. Signs of institutional investment and longer-term holders suggest that bulls could be ready to start accumulating and push prices upward as other factors such as economic news, Federal Reserve interest rate policy, and demand for BTC to replace gold as a store of value could all come into play and influence prices. We look at the current Bitcoin trading situation, technical indicators, what top-tier Bitcoin whales are doing, and predictions of prominent analysts and Bitcoin enthusiasts to provide an overview of what to expect in terms of price predictions for the coming year into the future.

Bitcoin has been the talk of town for the past few months. After reaching an all-time high of nearly $70,000 in April 2021, the world’s most valuable cryptocurrency has dropped about 75%, finishing 2022 in the red with a 65% loss. This decline was exacerbated by bankruptcy and scandal announcements that rattled investor confidence. Nevertheless, Bitcoin is viewed as a crypto bell cow, and as it goes down, so goes most other cryptocurrencies in the market. Many analysts believe 2023 will be a much better year for Bitcoin than 2022, with the next halving slated to take place in May 2024. This article will look at various projections and indicators that suggest 2023 could be Bitcoin’s year and what investors and traders should watch out for.

Bitcoin’s Halvings Effect in the Past

To understand Bitcoin’s performance in the past, it is important to look at two important metrics – halvings and all-time highs. Halvings are a mechanism in cryptocurrency’s code that reduces the rate at which new bitcoins enter circulation and occur roughly every four years. Historically, Bitcoin has typically hit a bottom when the next halving is a year and a half away. So as the next halving is set to be in May 2024 – less than 18 months away – it suggests that lower risk can be expected in short-term, and price should approach $40,000 by May 2024.

According to its historical trend, Bitcoin’s price should be 60% of its previous all-time high when the next halving arrives – which would mean a price point of $40,000 in May 2024. As a result, many analysts suggest that this could be the price point of Bitcoin over the next two years, although there is still a great deal of political and economic uncertainty that could still affect the price. Michael Saylor, a co-founder of MicroStrategy, has a solid bullish outlook for Bitcoin, even going so far as to purchase approximately 130,000 BTC, which is 0.62% of the 19 million Bitcoin currently in circulation.

The number of Bitcoin addresses holding 0.1+ coins hit an all-time high, and the BTC Percent Supply in Profit (7-day Moving Average) met a one-month high of 60.513% at press time, with Bitcoin whales continuing to sell. Holder composition by time projected something positive, with 62% of investors holding their coins for more than one year and 32% for 1 to 12 months.

Despite the recent downward trend, Bitcoin could potentially go further up. Legendary investor Bill Miller believes that Bitcoin’s supply is growing around 2.5 percent per year, and Bloomberg Intelligence’s demand and adoption curves point to a projection of $100,000 by 2025. McGlone of Bloomberg Intelligence believes that the Fed’s interest rate negotiations will lay the framework for BTC to maintain its upward trajectory and outperform most asset classes.

Bitcoin can reach as high as $124,508 in 2025, and a high of $137k is also possible. However, as the global regulatory and legislative regimes still have not uniformly supported Bitcoin and uncertainty around the introduction of CBDCs continues, price predictions can only be extrapolated from technical and investor behavior. Looking at technical indicators, Bitcoin is currently positive on a 4-hour time frame but could see a negative drop if it closes today below $\16,775 psychological resistance level. Moving averages, oscillators and momentum indicators also currently suggest a buy for Bitcoin. Furthermore, Bitcoin is increasingly being seen as a safe haven asset, store of value, and inflation hedge, with more Bitcoin whales and holders accumulating cryptocurrency. Thus, whatever happens to Bitcoin is bound to have a ripple effect on the entire altcoin market.

The outlook for Bitcoin in 2023 is mainly positive, but it is vital not to ignore the volatility of the crypto market. At press time, Bitcoin is recording negative ROIs of -27% and -41% over a 3-month and a 1-year window, respectively. The number of Bitcoin addresses holding 0.1+ coins is at an all-time high, and $BTC Percent Supply in Profit (7d MA) and aSOPR (7d MA) are at 1-month and 3-month highs, respectively. Investors and traders should keep an eye on the $16,775 level and monitor BTC’s holder composition, stats, and price movements. 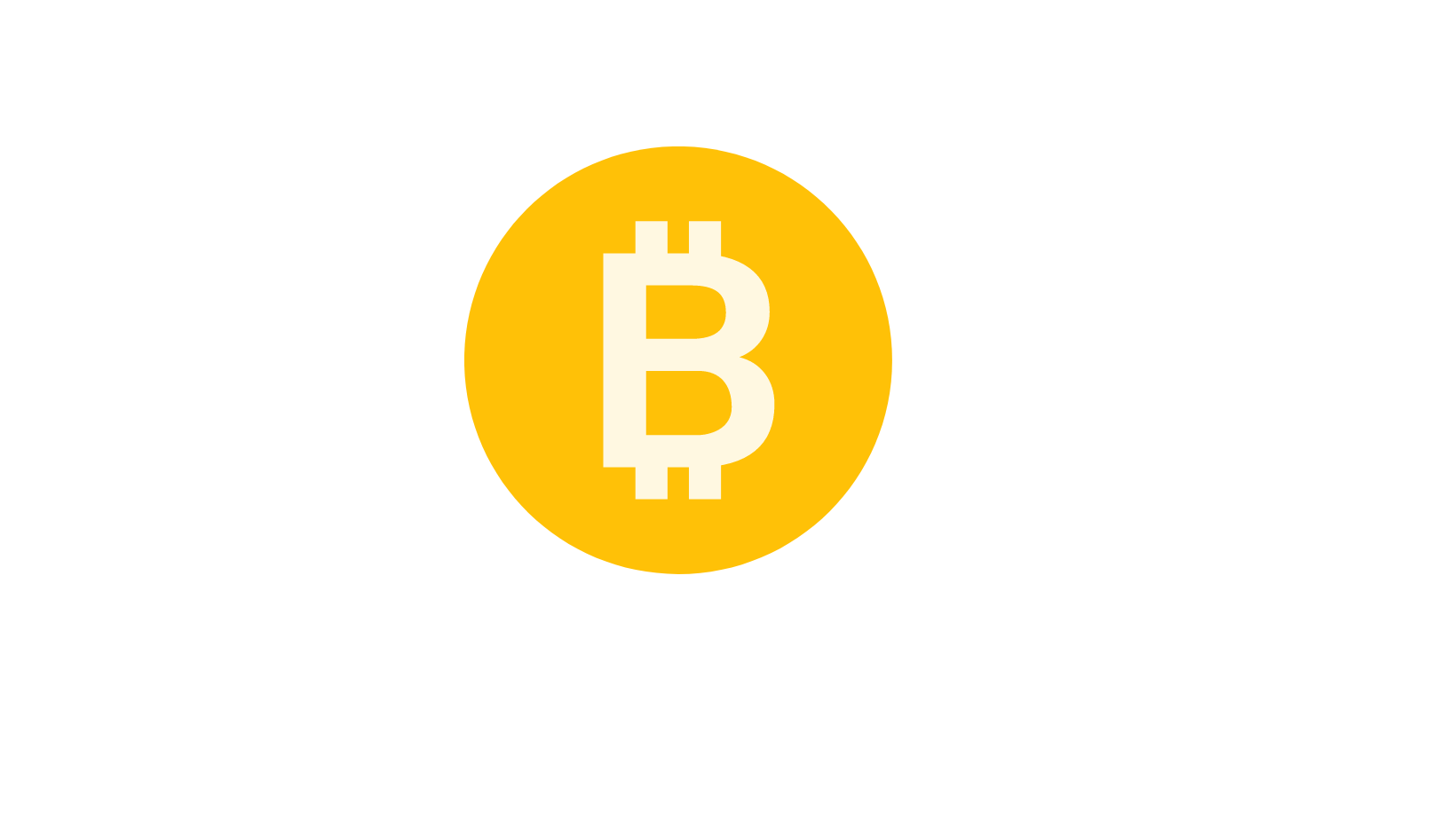 As the US Federal Reserve prepares to raise interest rates this week, Bitcoin traders are beginning to get optimistic about the top-ranked cryptocurrency’s price. According to the latest reading from the Consumer Price Index (CPI), prices rose just 0.1% from the previous month and 7.1% from a year ago. This report has shifted market sentiment as investors anticipate a rate hikes of 50 BPS or even 25 BPS. The market reacted positively to these figures, with the Dow Jones soaring more than 800 points and the S&P 500 climbing as much as 4%, while Bitcoin surged higher to hit the resistance at $17,800.

Analysts agree that a 50 BPS hike should let BTC break $18,000 and head above $19,000. On the other hand, a lower interest rate hike of 25 BPS could potentially send the market soaring back above $20,000. The bullish sentiment being injected into the cryptocurrency sector is particularly interesting as the sector has been volatile and unpredictable for the past few weeks.

Indeed, BTC has dropped to a low of $14,000 and reached a high of $19,000 in the past month. As the currency breaks past the major $18,000 level, investors are eagerly waiting to see if the currency will continue to rise or if it will hit a plateau and fall back down. Traders that are considering entering the market should be aware of the risks associated with the volatile nature of the market.

Although analysts are expecting BTC to hit $19,000 or even $20,000 this week, price predictions are often inaccurate due to the volatility. As such, many investors are viewing this week’s pricing with a cautious optimism and are prepared to exit the market should the currency decline unexpectedly. In addition, investors should also be aware of the potential for government regulations and volatility within the cryptocurrency sector. Governments across the world are attempting to get a handle on the digital currency, and traders are wary of regulations that may be implemented in the future.

With the SEC set to review applications for the launch of new ETFs and the increasing popularity of Bitcoin, it is important for traders to remain aware of all of the developments taking place in the market. Given all of the factors at play, traders should exercise a degree of caution when entering the market and investing in Bitcoin. Although traders are eager to capitalize on the bullish sentiment and the potential for BTC to reach new highs, it is important to remain aware of the market’s volatility and the potential for regulations or other news to negatively impact the market.

As such, investors should cautiously examine the market and their potential investments carefully before entering and only invest an amount they are comfortable with losing. With a strong handle on the risks, traders may be able to accurately predict where Bitcoin prices are headed this week and beyond.